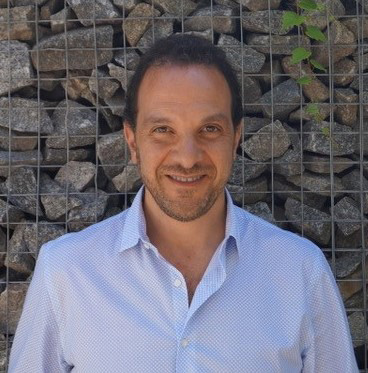 He is a Certified Professional in Erosion and Sediment Control (CPESC) and holds a degree as Constructor Master, ENET N˚9 Ing Luis Augusto Huergo, and was awarded with a Gold Medal and Honorary Diploma.

Gustavo is the founder and president of INMAC GROUP, a regional General Contractor Group, dedicated to engineering, construction, procurement, and maintenance of works and services in Argentina, Bolivia, Paraguay, and Peru. He is also the President of INMAC Foundation, an NGO dedicated to the education about erosion and sediment control issues.

In 2006 Gustavo was inaugurated by the Argentinian Vice-President in Buenos Aires as President of the Organizing Committee of the “III Ibero-American Congress of Erosion and Sediment Control”. From 2006 – 2009 Gustavo was President of the Ibero-American Chapter of the IECA (International Erosion Control Association) and from 2012-2018 he served as a member of the board at IECA.

He is also a lecturer on environmentally sustainable innovative solutions in Argentina, Bolivia, Brazil, Colombia, Costa Rica, Cuba, USA, Spain, Guatemala, Italy, Mexico, Panama, Peru, Uruguay, and is the former Head of General Hydraulic Practical Works at the University of Buenos Aires. He is an active member of the Argentine Scientific Society (SCA) as well as the Argentine Center of Engineers (CAI).

Gustavo has received numerous awards as a result of his work: Honorary Diploma of the Municipality of the Autonomous City of Buenos Aires, Argentine Republic; He was awarded with the Honorary Diploma and Gold Medal from the Luis Augusto Huergo Foundation; He was nominated by the National Academy of Engineering for the Antonio Marin Award in 2004; In 2009 he received the Industry Professional of the Year IECA (International Erosion
Control Association) in Dallas, USA; Entrepreneur of the Year 2014 in the field of Specialized Construction Company (Argentine Republic); and in 2017 Sustained Contributor Award, IECA (International Erosion Control Association) in Long Beach, USA.